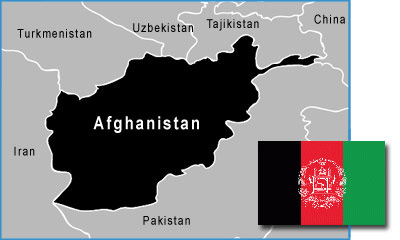 Afghanistan is no stranger to struggle, going back to the beginning of their history. The Soviet invasion in 1978, and pullout a decade later, brought no peace. Islamic factions engaged in jihad (or holy war) and the Taliban, which follows an extreme form of militant Islam, gained control in 1996. The Taliban's takeover of the country imposed a deviant expression of strict Wahhabist Islam, particularly devastating for Afghanistan's women.

When the Taliban fell in 2001, the country's economy improved largely because of the infusion of international assistance. Despite some progress, Afghanistan is extremely poor and highly dependent on foreign aid. Political stability remains a challenge, as the government has been unable to negotiate peace with members of the Taliban who remain in control within various areas of the country.

In 2004, Afghanistan held its first democratic elections and instated a new constitution which declares, "The religion of the state of the Islamic Republic of Afghanistan is the sacred religion of Islam." Followers of other religions may exercise their faith and perform religious rites "within the limits of the provisions of law." However, the constitution also says, "No law can be contrary to the beliefs and provisions of the sacred religion of Islam."

By the second centure, the Gospel of Christ reached Afghanistan. Though the Christian faith was once more prominent in the country, most Afghans today have never heard the Gospel, do not know a Christian, and have been raised since birth to pursue an unquestioned allegiance to Muhammad's teachings. As a result, this ancient Central Asian country is full of cultural and religious opposition to Christianity, making it a very difficult arena for any church presence and activity.

Afghans who are followers of Jesus cannot worship openly. As there are no physical church buildings in the country, they must worship by gathering in homes or other small venues. Evangelism is forbidden, so Christians and spiritual seekers are highly secretive regarding their faith. Beatings, torture and kidnappings are routine for Christians in Afghanistan, and their lives are also at risk. Although many Christians have emigrated to neighbouring countries in order to worship openly, the Afghan house churches continue to grow.

VOMC works with ministry partners to provide Afghan Christians with evangelistic and discipleship radio broadcasts, followup ministry via messaging and phone calls, in addition to local-language resources such as Christian books and Bibles. These tools equip followers of Jesus to present the Gospel in a specialized, culturally relevant and context-sensitive way.

Pray for the protection of these Afghan believers, and for the consistency of their witness, as God continues to build His church according to Matthew 16:18 ("the gates of Hades shall not prevail against it"). In addition to protecting them from physical danger and harm, ask God to insulate these minority Christians from the spiritual oppression surrounding them. May these dedicated followers of Christ mature spiritually and grow in both faith and number.

Afghanistan: Risking it all for Jesus, Hannalie’s family is martyred!

Evangelists Risk Their Lives for the Gospel in Afghanistan and Pakistan