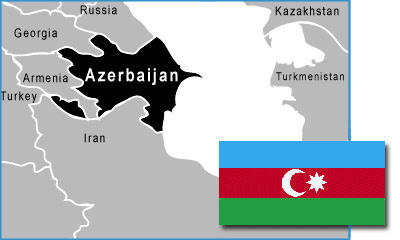 Throughout its history, Azerbaijan has been oppressed by nations around them. The country gained its independence when the Soviet Union disintegrated in 1991. The years following included internal coups and a conflict with Armenia which continues to affect the region of Nagorno-Karabakh. Corruption is widespread; the government has been accused of nepotism, having eliminated presidential terms in 2009.

Religious freedom is officially recognized but state permission is required to produce, import or distribute any religious materials. All religious communities are required to register with the government, and those who were registered prior to 2009 were required to re-register. Failure to do so could result in fines and imprisonment. In April 2013, the pastors of two small Baptist churches were given large fines for holding "illegal" worship services and have been threatened with arrest if they continue. Those religious communities who attempt to register are often refused. In January 2013, the Greater Grace Protestant Church in Baku lost its final appeal to stay open after being unable to re-register.

Racial discrimination contributes to the country’s lack of religious freedom, since many of the Christians are ethnic Armenian or Russian, rather than Azeri Muslim. Religious opposition is particularly strong in the region of Nagorno-Karabakh.

Pray for peace within the hearts of the Azerbaijani people who are living amid political instability. May the country's governmental authorities be willing to grant Christians their fundamental freedoms, enabling them to worship freely and share their faith openly with others of their communities.