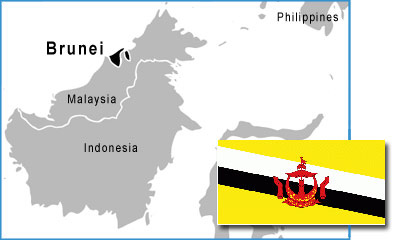 Brunei is one of the richest states in Asia, ruled by a royal family which goes back more than six centuries. The 1959 constitution called for five advisory councils to the monarch. Yet in 1962, the Sultan assumed emergency powers which have never been relinquished, resulting in an absolute monarchy.

Although Islam, the state religion, is being taught in schools, Christians make up 11 percent of the population. While the constitution guarantees freedom of religion, it is illegal to evangelize and Muslims are not allowed to convert to another religion. The only registered churches date back to British colonial times; no new churches have been permitted. Bibles and Christian literature can be brought into the country for personal use only. Despite these restrictions, the number of Christians continues to increase.

Praise God that despite the restrictions, people are still turning to Christ!

Pray that the country's constitutional rights will be respected for all religions.

Pray for the salvation of the royal family.

Pray that Christians in Brunei will be able to share the Gospel in ways that will effectively reach the hearts of those around them.