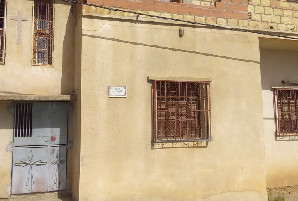 Algerian Christians are grateful to God that two recently closed churches in Oran Province have been permitted to re-open. The churches were closed by authorities in November 2017 and February 2018. For reasons yet unknown, the governor signed an order authorizing the unconditional re-opening on June 10th.

The order was forwarded to both applicable congregations, as well as to members of the local police who were instructed to remove the seals from the church doors. While these churches have been permitted to once again operate, they still do not have official registration from the government. A 2006 ordinance requires that all churches must obtain permission from a national committee. According to our sources, the committee never meets and, therefore, applications are not being approved.

Praise God that these believers in Oran Province are now allowed to worship freely. However, we do request prayer for other Algerian churches that have remained closed or are presently in the process of undergoing government-ordered closure. For more information on the country's mandated church closures, see this story.

The Voice of the Martyrs Canada facilitates its Theology of Persecution training seminars to help pastors, church leaders and seminary students become more informed and effective in ministry. VOMC also provides practical aid for the repair and restoration of decimated church buildings when necessary.

Pray that God will use the current restrictions to draw many more Algerians into a relationship with Christ. Pray for conversions to Jesus among the country’s powerful Islamist leaders.

Pray Algerian believers will respond to pressure with faith and perseverance.

Pray for the nation's young people, who make up a large percentage of the population in general, as well as the majority of Christians. May they not be frustrated or disillusioned but rather strengthened and encouraged in Christ Jesus.