Family of Three Detained by Authorities 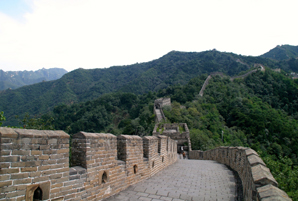 On September 22nd, officials in Xianning, Hubei Province, arrested a pastor, her daughter and three-year-old grandson. After the three had engaged in a house church outreach, which took place in the central part of the country, police and religious affairs officials became upset by the event, resulting in the arrest of the three family members.

The worship services of two other house churches in the Xinjiang region were disrupted (June 23rd and July 21st), also resulting in detentions and fines. In all four raids within this region, police not only failed to show identification, they imposed penalties that had no basis in law as such matters are regulated by the Bureau of Religion.

A house church in southwest China's Sichuan province was raided by police and security agents on two separate occasions recently.

The first raid took place on April 25th during a music practice. As a result, the pastor and 15 other leaders of Langzhong house church were taken into custody and the brass instruments that were used at the practice have been confiscated. Ten of the 16 were released the next day, with the exception of six church leaders (including Pastor Li Min) who were all sentenced to between three and 15 days' administrative detention.

December 30, 2012, marked the 53rd outdoor worship service of the year for the Beijing Shouwang Church. Despite the arrests of at least 15 participating believers, thankfully all of them were released by noon that same Sunday.

Believers at Beijing's Shouwang Church in China are full of joy and praise despite 17 months of difficult outdoor worship. The believers have been meeting outdoors since the government began thwarting their efforts to rent premises to worship indoors (click here to learn more).

China's government is engaged in a three-phase campaign to eradicate Protestant house churches. The government's strategy was clearly outlined in a document released last September during a training class for "Patriots in the Christian Community" run by the State Administration for Religious Affairs.

Government persecution of Christians and churches in China worsened significantly in 2011. From 2010 to 2011, the total number of people persecuted, detained, sentenced, or abused jumped 42.5 per cent. Compared with the statistics in past ChinaAid annual reports, the trend of worsening persecution has persisted for the past six years, with an average annual increase of 33.1 per cent.

Police in China held "about two dozen" pastors and elders of Beijing's Shouwang Church under house arrest or at police stations over the past weekend to keep them from attending a Sunday worship service in a public location. Hundreds of police cordoned off the walkway to a third-floor outdoor meeting area and arrested at least 160 members of the 1,000-strong church as they tried to assemble. Most have since been released. Three top leaders of the church remain in jail and several others are under strict surveillance.

In several locations throughout China, churches were raided and several Christians were detained in recent weeks, according to reports from China Aid Association received on May 8, 12 and 14.

On May 3, four house church leaders -- Ms. Qioa Lei (24), Ms. Wang Qin (24), Mr. Cao Guanggen and Mr. Gin -- were arrested and detained in Yantun village, Shandong province. Lei and Qin were accused of being "evil cult members." Also in Shandong, on May 8, Pastor Zhang Yongliang and his parents were detained on charges of "obstructing justice" when members of the Public Security Bureau (PSB) raided a meeting of over 30 church leaders in Qingahou city, labeling it as an "illegal gathering."

In 2018, The Voice of the Martyrs Canada helped to distribute 10,000 Bibles for Christians in the country, making it possible for them to have their own printed version of God's Word. VOMC also provides legal assistance for those facing prison sentences and related fines due to their faith, as well as professional counsel for other believers in need of advocacy. Additionally, VOMC works with various mission partners to facilitate a Biblical understanding of persecution, while presenting ways to effectively respond and minister within the context of hostility.

Pray that the Gospel will be proclaimed throughout China without government interference so many more names can be added to the Lamb's "Book of Life." May there also be a spirit of unity demonstrated among the country's growing churches, further strengthening existing believers and spurring them on in their ministry service and evangelistic outreach within the country's numerous communities.

China: Persecution Against Christians is Increasing