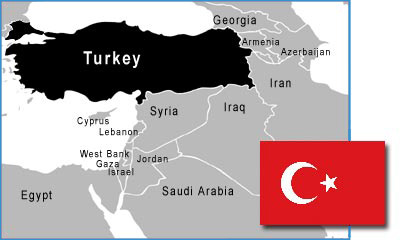 Despite the central role of Turkey's church in the New Testament, evangelical believers today number only in the thousands within this highly Gospel-resistant Islamic country of more than 80 million. Turks are proud of their country, which has become rapidly industrialized and modernized. Yet, the love for their country is so fused with Islam that it is inconceivable for a Turk to be a Christian. Followers of Christ are generally characterized in the Turkish press as western imports who don't belong. By God's grace, Christians still have some degree of freedom to worship together. Over the years, efforts have been underway to strengthen and mature the leadership of the few Turkish churches located in the country. Turkish believers wisely utilize all major media platforms in order to share the Gospel with fellow Turks.

Pastors have been targeted in sophisticated assassination plots. In 2007, two Turkish believers and a missionary were brutally murdered. More than a decade later, the perpetrators' trial still drags on. There is a huge stigma against becoming a Christian in Turkey, resulting in converts from Islam facing stiff opposition from all sides – their families, communities and government. In the process, many believers lose housing, jobs and familial relationships.

VOMC is working closely with ministry partners to educate, encourage, and equip Turkish Christians through the production of a five-episode documentary series on the Christian heritage of Turkey (including its history of severe persecution) in 45-minute segments. As most Turks do not know about the history of Christianity in Turkey, this project will provide an opportunity for Christian leaders to use this documentary as a ministry tool for both discipleship and evangelism in a country that, due to lack of this historical knowledge, has become hostile to the Gospel.

Prayerfully uphold those who have had their churches and places of worship taken over by a government that does not represent their beliefs, values or ordinances. Ask the Lord to oversee the mediation process as church officials and government representatives endeavour to work out a solution that is both honouring to Him and fair to all the members of the various churches. Despite the challenges experienced by the believers of this country, may they have a sense of God's reassuring presence and peace, knowing that one day He will reign supremely and justly over the entire earth.