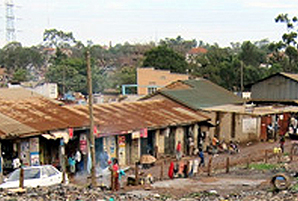 Munabi Abudallah was drawn to Christ when he came to see the 'God of the Bible,' as One who loves and communicates to people in a way they can understand. After coming to faith in Jesus this past January, he rushed home to share his joy with wife Aisha. Yet, in the presence of their seven children, Aisha shouted, "Kafir!" (meaning "infidel"). "You are a big shame to the family," she disdainfully added. After hurling the insults, Aisha forced him to depart from their home.

The next day, Munabi returned to find his father and other local Muslims gathered there. With a declaration to disown his newly converted son, the angered father struck Munabi with a stick. In fear for his life, Munabi fled to the pastor's house. "The Muslims are searching to kill me," he announced.

During recent months, there have been several other incidents involving the persecution of Christians. In one such incident, a neighbour brought a Christmas meal to Nafamba Bongo Madina. After tasting the food, Nafamba became violently ill and was rushed to hospital. It was determined that the cooking oil in the meal had been laced with poison. When confronted, the neighbour freely confessed that it was done in an attempt to kill the family. Despite this evidence, the village elders refused to take any legal action.

While Uganda is officially 85 percent Christian, with a secular constitution guaranteeing religious freedom, there are increasing incidents of violence against the followers of Christ in the Eastern Province. Many of these attacks are perpetrated with impunity.

Ask for the Lord's divine protection to be upon Munabi from those who are seeking his life. In addition, please bring his family before God's throne room -- interceding for their salvation -- so they will not only be reconciled to him but, more importantly, with their loving Creator. Remember to also pray for the local authorities in eastern Uganda, that they will seek ways to encourage peace and harmony among the members of their communities (1 Timothy 2:2), rather than discord and division.