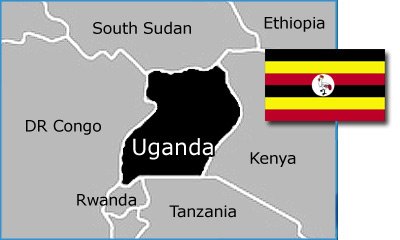 Uganda has the reputation of being one of the most Christianized countries in Africa. Many churches or organizations choose it as a destination for short-term trips and mission projects due to its ease of access and welcoming atmosphere. It remains a strongly Christian nation, with high church attendance. However, Uganda’s unique history makes it particularly vulnerable to the influence of Islam. During the 1970s, Uganda was ruled by a dictator named Idi Amin. At one point, Amin visited fellow dictator Muammar Gaddafi in Libya. Gaddafi inspired him to make Uganda a member of the Organization of Islamic Countries and begin to Islamize the country. Many of the policies Amin put into place continue to influence society and government today. Uganda’s parliament even recently passed Sharia banking, which gives zero interest loans to Islamic projects. Arab countries also continue to invest large amounts of resources into furthering Muslim interests within the country. As a result of this, radical Islam’s influence has grown by more than 7 percent in the last three years, and many Christians within the majority Muslim border regions are facing severe persecution, especially those who convert from Islam. Despite this, evangelical churches in Uganda are trying to educate others on what is happening and rise up against the threat of Islam. Many churches are training their leaders how to evangelize Muslims and care for those who become Christians. Members within these churches in Muslim majority areas have even become full-time caretakers for persecuted believers.

Christian converts from Islam face family pressure and harassment from their Muslim communities. A number of young people who converted to Christianity have been severely beaten and injured by parents or community members. Pastors and churches have been attacked, and some converts have even been killed after their faith became known. The children of families who leave Islam are no longer welcome at school. In some places, laws are passed to limit the spread of Christianity or appropriate church land.