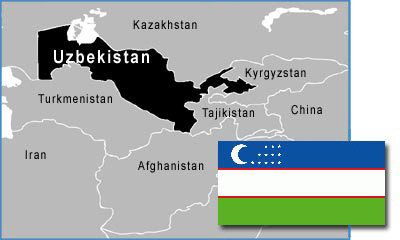 Uzbekistan, which gained independence in 1991, is Central Asia's most populous country and one of the poorest. The country's authoritarian regime has been blamed for vast human rights abuses. Almost all Christians are ethnic minorities, who are treated with particular harshness. Uzbekistan has been listed as a Country of Particular Concern by the USCIRF since 2005.

Though a secular state, Uzbekistan's religion law bans unregistered religious activity. The government relentlessly persecutes Christians, especially active congregations. Proselytism is illegal. In the southeast, police have campaigned to prevent children from attending worship services. Uzbekistan's secret police carry out phone taps and surveillance on places of worship, occasionally recruiting informers to infiltrate church activities. Because it is nearly impossible to obtain church registration, there are about 65 unregistered fellowships scattered throughout the country. In May 2013 a Christian woman was convicted and sentenced to 18 months of "corrective labor" for carrying a Bible and meeting in a private home. Christians also face raids, literature confi scations, heavy fines, public humiliation, property seizure, job dismissal, beatings and torture. Observers report that torture is widely used to force adults and children to renounce their religious beliefs or to implicate themselves or others. Authorities routinely extend the sentences of religious prisoners, a practice that appears aimed at keeping religious prisoners incarcerated indefinitely.

Thank you for praying on behalf of our brothers and sisters in Uzbekistan who are undergoing severe mistreatment by those governing over them. Ask the Lord to remind these persevering believers that they are truly His beloved children. As their Heavenly Father, He is the One who governs their souls and eternal destiny. May they have a heightened awareness of His abiding presence, everlasting love, help in times of trouble – and whatever else they specifically need – as conveyed through the infallible promises of His powerful Word.