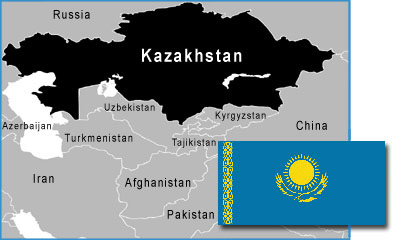 Kazakhstan is the second largest country among former Soviet republics, after Russia. Its president, former Communist Party chief Nursultan Nazarbayev, has been in office since Kazakhstan gained independence in 1991. Ethnic Kazakhs, who make up a slight majority, practice Islam loosely. Other ethnic groups practice Sunni Islam, Russian Orthodoxy and Protestantism, among others.

In late 2011, the government adopted a new repressive religion law. Religious groups were required to re-register with the government, a complex and expensive process. Unregistered religious activity, private religious education and proselytism are illegal, and the activities of registered groups are strictly regulated. Violators face short-term detentions, fines, confiscations of their homes and other penalties. In 2012, the country's new censorship regulations for religious literature went into effect.

Three new measures being considered by the government would "halt illegally functioning places of worship," limit the distribution of religious literature and restrict missionary activity. If implemented, these measures would be in force from 2013 to 2017. Christian converts face harassment from authorities, militant Muslims and family members. After a police raid on Easter Sunday 2013, seven worshippers in a small church were heavily fined, and a 73-year-old woman suffered a heart attack during the raid.