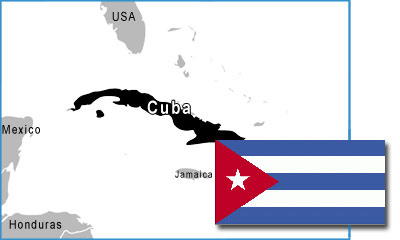 Communist rule, as instituted under Fidel Castro's leadership (1959-2008), continues to impose restrictions on religious activity in Cuba. Religious leaders are reluctant to say anything that could be construed as opposing the government in the fear that they will face repercussions such as a denial of permits from the Office of Religious Affairs. Evangelical Christians have reported harassment, fines and arrests for conducting public gatherings.

According to most religious groups, however, there have recently been some improvements. Religious activities are met with less opposition, and people are able to import more religious material. And while the construction of new religious buildings have been largely denied, many existing churches have undergone extensive "repairs," essentially amounting to new buildings being erected on existing foundations. Yet, to accommodate the growth of Christianity and overcome the country's restrictions on the building of new church facilities, there are an undefined number of house churches being established, likely numbering in the thousands.

Pastor Omar Gude Perez of the Apostolic Reformation has consistently been an outspoken opponent of government policy. On October 30, 2012, he issued an open letter protesting restrictions on his pastoral activities and the government's refusal to grant him an exit visa. He also protested of his three-year incarceration on false charges. Finally, on January 31, 2013, Pastor Omar and his family were granted asylum in the United States.

Ask God to provide wisdom to Cuba's church leaders, specifically requesting that they will exemplify grace toward all governmental authorities  while remaining bold in their presentation of the Gospel.

Pray for the salvation of the current governmental leader, Raúl Castro, as well as those who work under his leadership.

Pray that the believers of this country will not fear government reprisal but live in unconditional surrender to the Lordship of Christ.